Adoption; Are There Differences in Parenting an Adopted Child?

by Judith McFarland | May 8, 2015 | Infertility and Adoption, Parenting, Thoughts on relationships | 0 comments 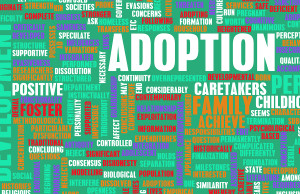 Yes.  There are some things that are different, and many, many things that are the same. You are parenting a child, and all children need certain kinds of care, whether he or she is yours through adoption or birth. The following is a very brief description of some issues that arise and are unique to the adopting family.

Adoption is a process that will last throughout life.  An adopted child will grow into an adult who was adopted. For many adult adoptees, questions, issues, thoughts and feelings about being adopted will surface when they themselves are about to become parents.

In families where those questions have been answered as well as possible, as they have been asked throughout the years, there will be less confusion later. If an adopted child feels safe to ask questions, and does not fear that adoptive parents will be injured if those questions are asked, the child is more free to process thoughts and feelings about their own unique history.

Grief and loss are an inevitable part of the adoption process.  Birthparents have given up a child, and will likely grieve that loss.  An adopted child has lost their biological connection with their past, and maybe a cultural connection as well.  They will need to process that loss. Adoptive parents may need to grieve the loss of their ability to create a child together, biologically.

Parenting the adopted child means accepting the reality that there are biological relations to the child who are out there.  The adopted child may never meet them, or he/she may want to meet them. He or she may know and remember one or both of them if they were adopted after infancy. They may ask (and you may or may not know) why they were given up for adoption. The child may have some hidden fear that they were given up because there was something unlovable about them. Of course, this is almost never the case, but the issue will likely need to be named and dealt with.

One of the main issues adoptive parents will deal with is the existence of the birthparents.  Known or unknown, as in closed vs open adoption, they are out there somewhere and the adopted child will likely want to know, sometimes know a lot, about who they are, where they are, and why they gave him or her up. Adoptive parents can benefit from some counseling to process their own feelings about these issues so that when their adopted child asks, they can answer appropriately. Dealing with these questions will be a life long process. The child will want some kinds of answers at 6 and different information at 16.

Sometimes adoptive parents feel they are not legitimate parents. It is critical for them and for their child that they deal with those feelings so that they can allow themselves to be the real parents – because they are! Parenting is not just about getting pregnant, and giving birth. It is about being parents for the rest of that life, and being there for the many, many, many times that child, and later that adult, needs them.

These are complex issues. Don’t be embarrassed to seek help from a therapist who has relevant expertise and experience!