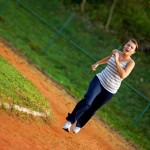 When you are unhappy about something your special person is doing or saying, do you speak out? Many people don’t.

Most people don’t seek confrontation, and it seems to me that most people are uncomfortable with it. Yet there is such a thing as healthy confrontation.

I think that there are 3 levels of confrontation; soft, medium and hard. Instead of running away or avoiding, consider that there are multiple ways to tell someone that you don’t like something.

A soft confrontation is gentle and used to talk about something when you hope to open a dialogue about a subject that is not critical or urgent, and you are wanting to involve the listener in finding a solution.

Example: “Tom, do you have a minute? When I came home I noticed that the kids left their bikes in the driveway again.  How do you think we might talk to them about that? I’m afraid the bikes will get run over.” This is “soft” because even though you might have hoped that Tom would have already dealt with this, you are not accusing him. Instead, you are inviting him to talk about solving a problem you have both previously agreed needs solving.

Medium confrontation is more direct and the focus needs to be on avoiding attack or blame.

Example:  “Tom, do you have a minute? I’m feeling pretty frustrated about the bike in the driveway situation. Did I misunderstand? I thought you said last week that you were going to talk to the kids?”

Hard confrontation is a last resort. Someone once told me that hard confrontation is used when you aren’t sure you’ll ever get another chance! Consequently,this would only be useful in the most urgent and critical of situations, such as when consequences are truly dangerous or extreme.

Example: “Susan, I’m taking the baby to the ER right now.  I know you don’t think it’s that bad but I’m frightened and we’re leaving.  Bye.”

Avoiding all confrontation leads to dishonesty and ultimately, distance and disconnection – a lot of “dis” words! Because all of that leads to another dis- word; dysfunction.

I can say with confidence that I have rarely seen a couple in almost 20 years of practice who have good confrontation skills! Sometimes they avoid, sometimes they believe they are confronting but choose times that ensure the listener can’t pay full attention, or their use of words is vague and doesn’t really make the point they intend, and sometimes they engage in ways that are harsh and ineffective. People often tell me “I don’t like confrontation, as though to do it effectively enough of the time, you must like it. Not so! You only need to know how to do it reasonably well.

Good couples counseling will help you learn to confront directly and clearly, when it is important to do so. Thanks!