Have You Considered Using A Dating Coach? 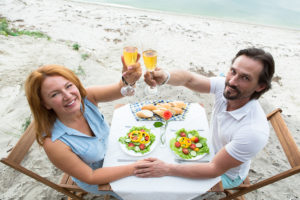 They found each other!

About 3 years ago I worked with a couple whose marriage was coming apart for a variety of reasons. They wanted to separate gracefully and they wanted to remain friends.  Following their separation and divorce, one partner immediately began dating and found a new relationship quickly, but the other partner, out of the dating world for a number of years and also a rather shy introvert, became withdrawn and depressed.

While the partner who quickly found a new love was an extrovert and was pretty confident in their social skills, the other partner had never felt very comfortable or successful when dating before this marriage, and they were apprehensive about taking the plunge at this point in life.  At the same time, they were lonely and wanted love, companionship, and a vision for the future.

As the couples therapy ended, we decided to work together in a different way.  One of our goals was for me to provide coaching on (1) developing an effective internet dating profile (2) help in narrowing down what they were looking for and hints for sorting through responses, and (3)  coaching on using the dating process to ultimately meet a special person with whom they could form a committed  relationship.

After sitting on the sidelines of a couple of well known dating sites, my client took the plunge and agreed to meet several different people. In our sessions we’d explore and process the experiences of meeting for first coffee dates, if, when and how to meet again, and so on. My client found that they were looking for some different qualities in a new romantic partner, and they also developed the ability to discriminate more successfully between the people they met.

After about 6 months, and meeting a number of people who were interesting in some ways but not in others, my client met someone with whom they formed a great bond. As we continued to work together on creating new relationship skills, this particular new relationship blossomed.

As we ended our work together, we agreed that coaching on dating had generated changes and growth that allowed my client to be open to this new partner, and to finding the love and companionship they knew they wanted.

Successful dating is like any successful relationship; if it isn’t working for you, consider getting help to change that pattern!